With the results coming through from Stamford Bridge, the Etihad Stadium, White Hart Lane and St Mary’s before kick-off, Liverpool must have thought a great opportunity had opened and if they could dispose of Bolton they could have a great chance of reaching the final at Wembley come May. That wouldn’t be the case though and wasn’t in Bolton’s plans as they earned a goal less draw with a spirited performance.

Bolton started with confidence from the kick off, eagerly claiming possession time and again as they hustled Liverpool out of their stride, however, Liverpool’s tireless midfield gradually restricted Bolton’s supply line and took control of the game. Chances were few and far between in the first half and aside from the persistent threat offered by Raheem Sterling, the home side rarely got behind Bolton’s three-man central defence.

Just before half-time Simon Mignolet did do well to run from goal and chest down a through ball aimed at Gudjohnsen but then spent to long on the ball and was almost caught by the striker.

Jose Enrique was substituted at half-time as Brendan Rodgers tried to inject a bit more impetus and an early Sterling shot was charged down as he jinked into the area. Enrique’s replacement, Markovic, then ran onto Henderson’s raking pass, pushed the ball past Mills and went down, caught by the defender’s trailing leg but there was no red card.
Heskey, returning to the club he once enjoyed a fruitful spell with between 2000 and 2004 departed after sixty minutes to a standing ovation as Bolton attempted to stem the rising tide of Liverpool attacks.

The game opened up in the closing stages as Liverpool had two quick-fire chances; first Coutinho’s curling effort from 20 yards was parried away by Bogdan, then Javier Manquillo got ahead of Tim Ream to volley just wide from eight yards when he should have hit the target. Gudjohnsen then missed the first of his two chances; the first from fifteen yards, side-footing wide of Simon Mignolet’s goal, before firing over a volley with twenty minutes remaining.

Henderson was barged into by Jay Spearing, on as a substitute against his former club but again the referee Kevin Friend waved away the penalty appeals. By now Bolton were pinned back and their goalkeeper, Adam Bogdan was fortunately in commanding form as he produced a string of inspired saves including Fabio Borini’s effort from inside the area which narrowly went wide. The Trotters managed to hold on forcing a replay next month.

Liverpool’s passing game had a subtile shift with Gerrard missing, this looked to be influenced by the hangover of Chelsea. The normal rotation where the centre backs spilt wide created the spare man to collect the ball and pull the strings was tempered to reduce the risk of a costly turnover being made.

Joe Allen only managed 59 touches in the midfield battle and although his pass percentage was impressive he only made four creative passes. In fact most of the distribution from the back came from the centre halves which were long balls played up to an isolated Raheem Sterling.

Jordan Henderson was impressive in his work rate amounting a huge 102 touches making 16 creative passes and only turning the ball over 4% of the time. 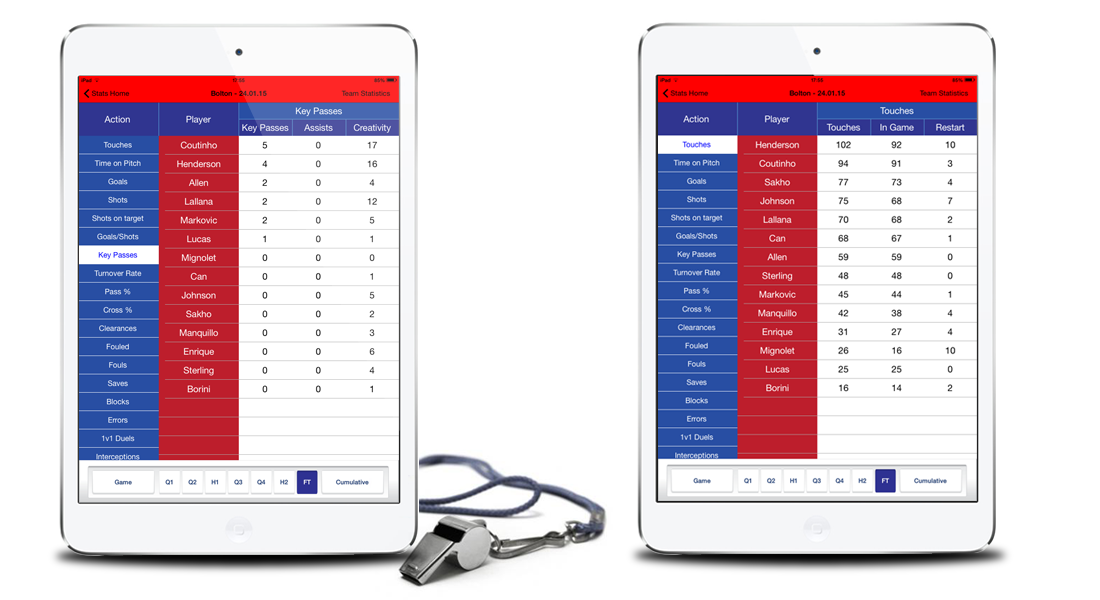 Bolton’s defending was immense and their concentration level held firm even as Liverpool increased the pressure this was demonstrated by only two errors and seven give aways in their defensive third. Liverpool were unable to create the stability of possession with Bolton protecting the central areas. Sterling touched the ball 48 times and had a turnover rate of 35% and was tackled 10 times.

Move the defence not the ball

This lack of stability and good defending meant that Liverpool’s outlet balls were to the wings. Again the going was tough, Liverpool’s lack of forward movement meant the defence had all the time they needed to control the dangerous central defensive area. Liverpool won these 1v1 match ups winning 69% of the 43 duals. The product however were just hopeful crosses which played into Bolton’s superior height. Liverpool only completed 6 of their 42 cross attempts! 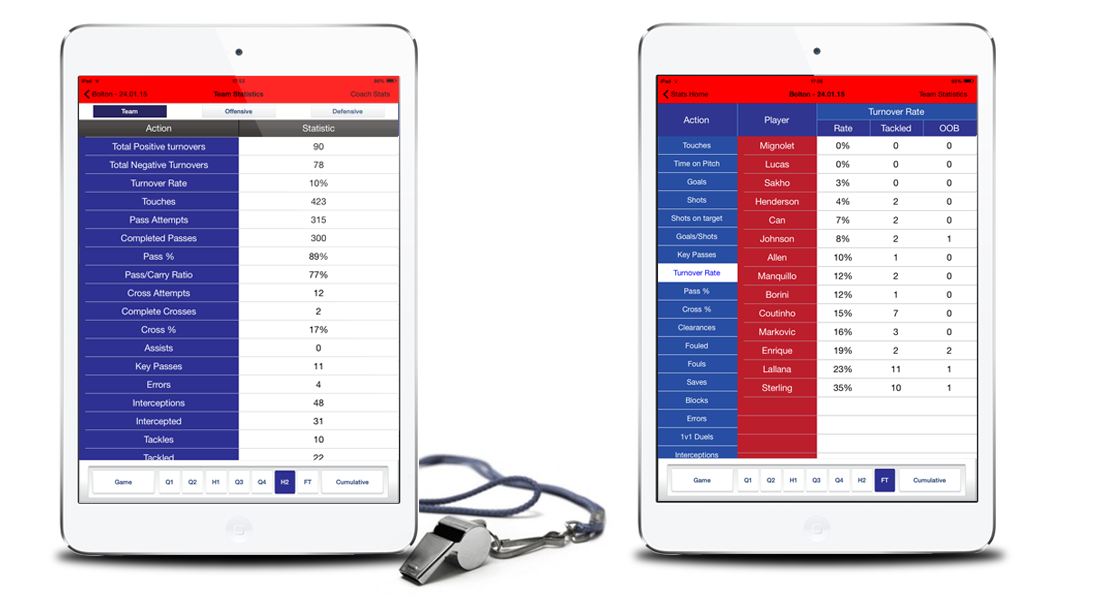