Defending champions Ajax may be too far behind PSV to retain their title but they restored some pride to Amsterdam with an impressive 3-1 win at the Philips Stadion.

PSV started the match the brightest and had a great chance in the opening minutes with a clever one-two but Ajax keeper Jasper Cillessen denied PSV. Memphis Depay then came close in the 15th minute before seeing his shot saved by Jasper Cillessen.

PSV continued to dominate with Cillessen having to stop two long range efforts from Depay, and a Wijnaldum header, but on the half hour mark a counter attack from Ajax saw Anwar El Ghazi put in a good cross to find Ricardo Kishna at the back post and he blasted the ball past the PSV keeper for the opening goal.

After the break PSV went looking for the equaliser and were denied what looked like two good penalties shouts. Ajax came close to doubling their lead on the 76th minute when Lasse Schone crashed a 30-yard free kick off the crossbar and straight from that miss PSV attacked and Willems cross was powerfully headed past Cillessen by De Jong.

The momentum was with PSV to take the lead and Depay came close again with a curling shot just wide of the post but with seven minutes to play Ajax were back in front when Schone’s free kick deflected off the wall and soared into the corner of the goal to restore Ajax’s lead.

In injury time Ajax made sure of the points as El Ghazi added a third on the counter with a lovely curling strike after cutting inside.

Despite securing the bragging rights against one of their biggest rivals Ajax still sit 11 points off PSV in second and look unlikely to close that gap with nine games to go.

This clash between these old rivals has thrown up interesting numbers. Lets start by looking at the league positions in relation to the Shots taken per game. We have shown the top 5 positions and can see a direct correlations between average shots per game and league position. This is fairly well represented throughout the top 5 leagues in Europe.

Ajax set up in the knowledge that PSV would shot on sight, they were happy conceding territory and possession to play counter attacking football. The PDO ratings show PSV’s frustrations only managing a score of 610 compared to the 1390 score of Ajax there are on a hot streak, although arguably to late for this years title.  Even more impressive was Ajax’s PDO while scores were level, remnant of Manchester United under Sir Alex Ferguson.

The Goal/Av shot per game indicated Ajax have better decision making in the final 1/3rd, however its the number of Final third entries and the percentage that PSV convert to entries into the penalty area entries that have seen them pressure teams with out the quality of Defenders and Goalkeeper Ajax posses. We saw PSV dominating possession in Ajax defending 1/3 converting a massive 44% of their final 1/3rd entries in to Penalty Area entries, however they turned the ball over 53 times, often losing momentum as they forced the pace of the game. 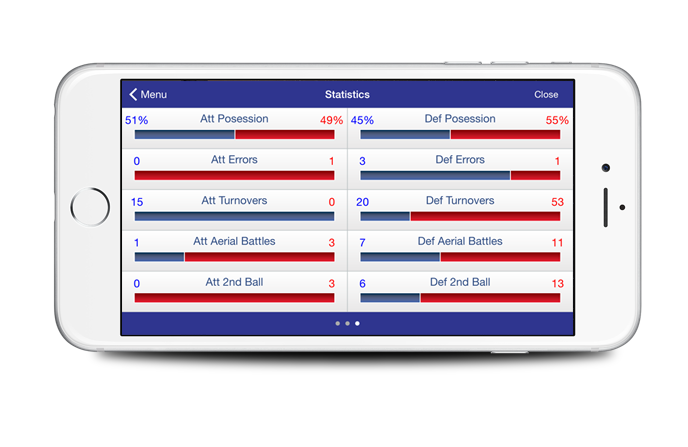