Besides the obvious man advantage in the game between Real and Atletico, the fight seemed to drain out of Atletico as soon as Arda Turan’s long walk off started.

Were the emotional consequences of the red card so great that performance levels dropped and fatigue increased? When we compare the statistics of the preceding 10 minutes and those that followed there are some very interesting numbers.

The possession stats would as we expect show Real had the greater amount, however we noticed a change in the style of play. Real had tried to break down Atletico by breaking the gain line to creating more space in an attempt to find the final ball. To do this Real created mismatch 1v1’s (eight attempts) however after the red card only one 1v1 was attempted.

The pattern of their play changed, the midfield trio of Ramos, Isco and Kroos tempo increased by around 30% as Altetico were unable to apply the pressure needed. Their creativity increased four fold.

What was even more interesting was the three forwards tempo decreased by 20%. Cavajal exploited the space left by Turan and was the most creative player in the last 10 minutes (four creative passes and one key pass).

Often sides are able to regroup and out perform the 11 players, but the emotional set up of Altetico dropped, they only attempted two and were successful in one tackle after the red card compared with eight in the 10 minutes before. 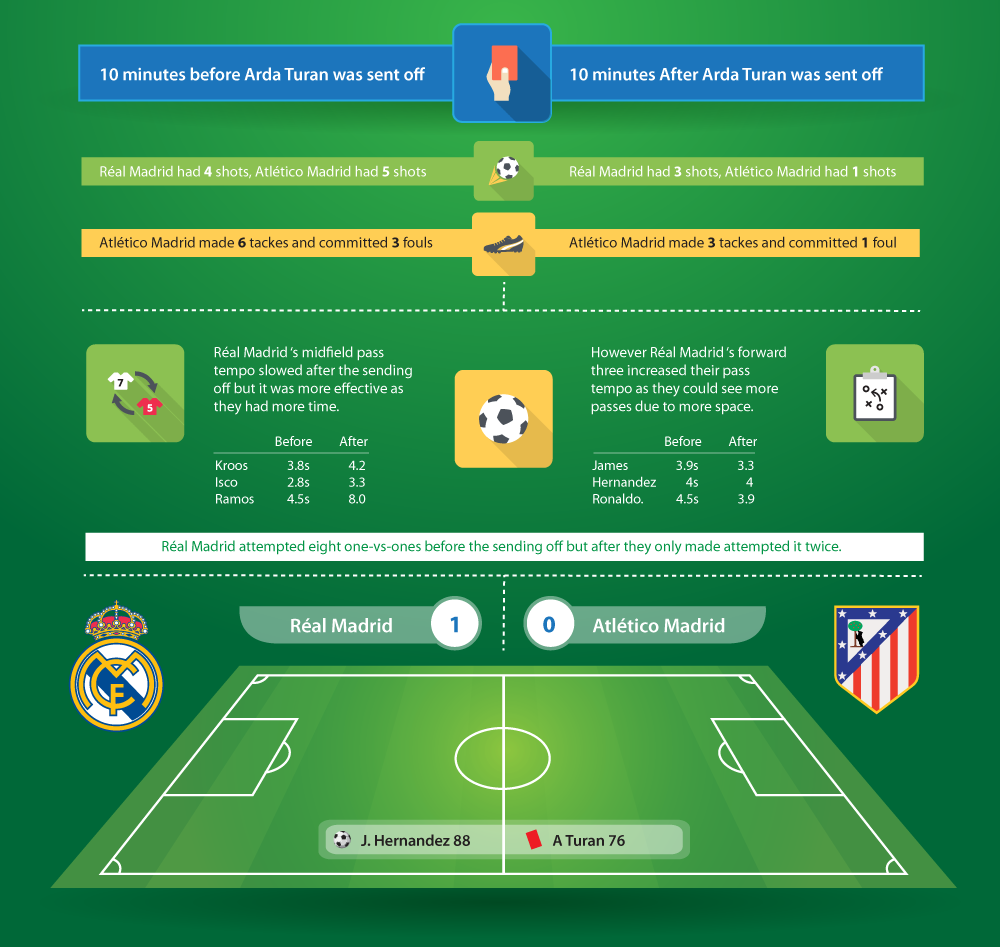 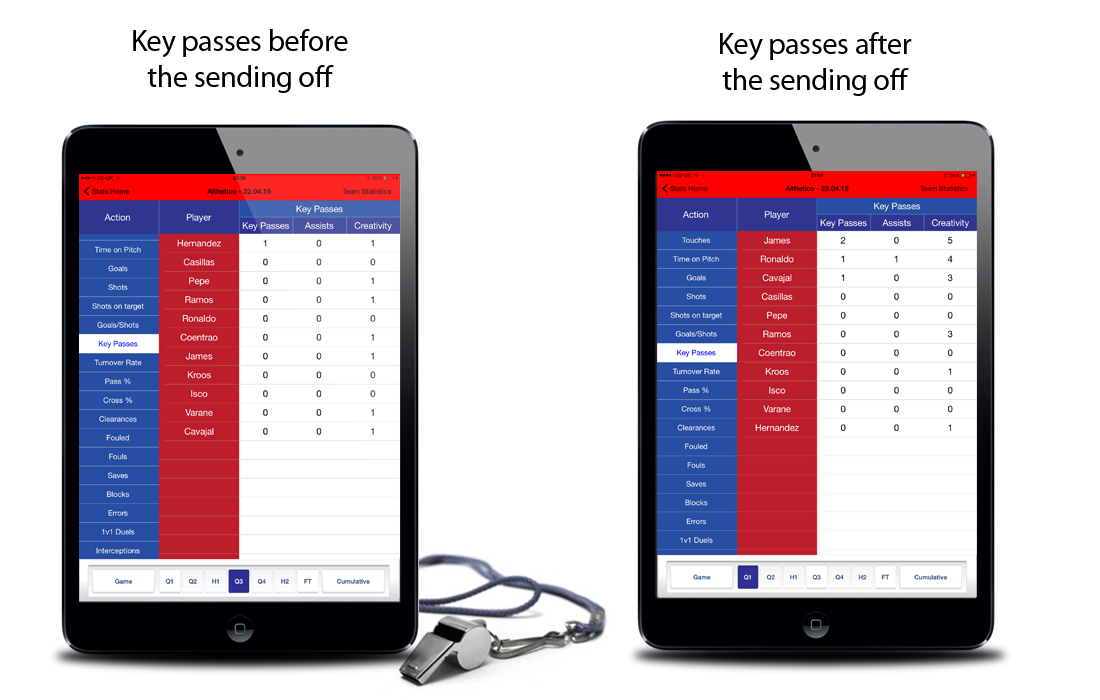